About the Arctic Fox in Iceland 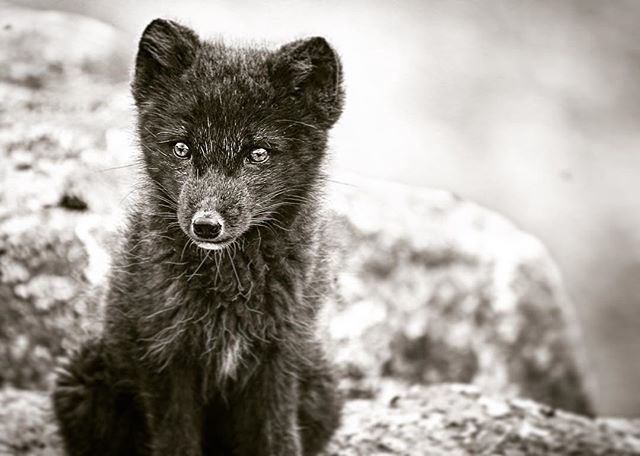 About the Arctic Fox in Iceland

There are currently around 8000 Arctic foxes in Iceland, including 2000 in the Westfjords. Many believe that Horstrandir contains most of the fox population, but although the concentration is the highest in the world, its population is lower than that of the rest of the fjords because there are only 180 Arctic foxes in this area.

About the fur of the arctic fox

The fur of the polar fox is very effective in protecting it from the cold. Canadian researchers have conducted studies on the resistance of arctic foxes to cold weather. They observed a decrease in activity at -70 ° C and a cessation of their activity at -120 ° C*. 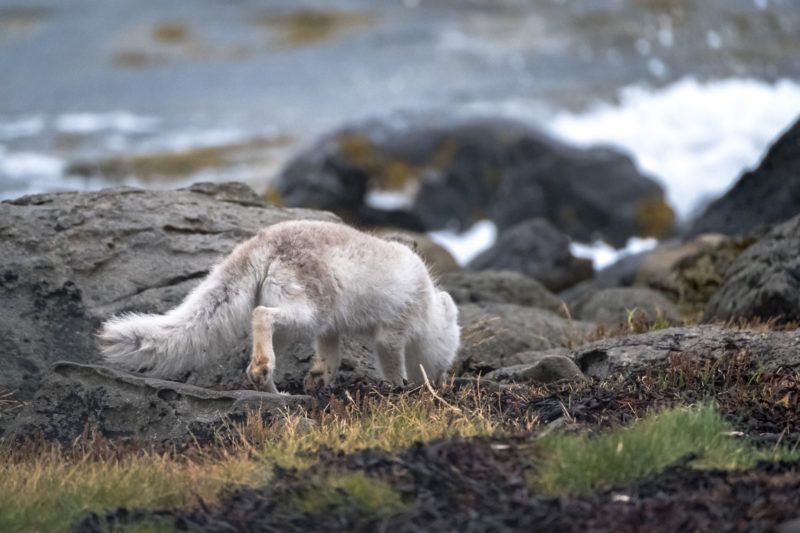 White fox at the end of summer 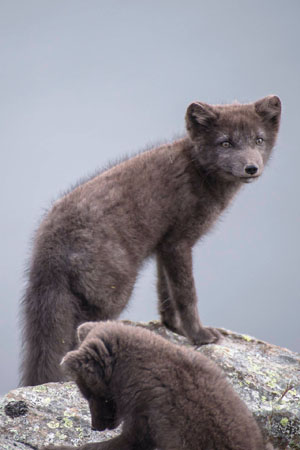 About the cubs and the reproduction

The size of the litter depends on the amount of food the fox can find and also on the fox’s age**. Young, he will have few foxes and his reach will grow over the ages.
The peculiarity in Iceland is that the food is more diversified than in the polar regions and that their reproduction rate is not linked to that of lemmings. Also, they have a reach per year.
The act of reproduction occurs at the end of March and the gestation lasts 52 days. The foxes come out of the burrow nose around mid-June. Foxes have three months to become self-reliant and their learning is essentially game-related.
The fox population is self-regulating because the size of the litters depends on the amount of food available.

Arctic foxes live mainly in the highlands or on the seashore.
Their food depends on their geographical location. At the top of the plateaus, they feed on ptarmigans while at the seaside they forage at low tide to find mussels, néréïdes, sea urchins and the waste of the sea. They also feed on sea birds and various other birds. 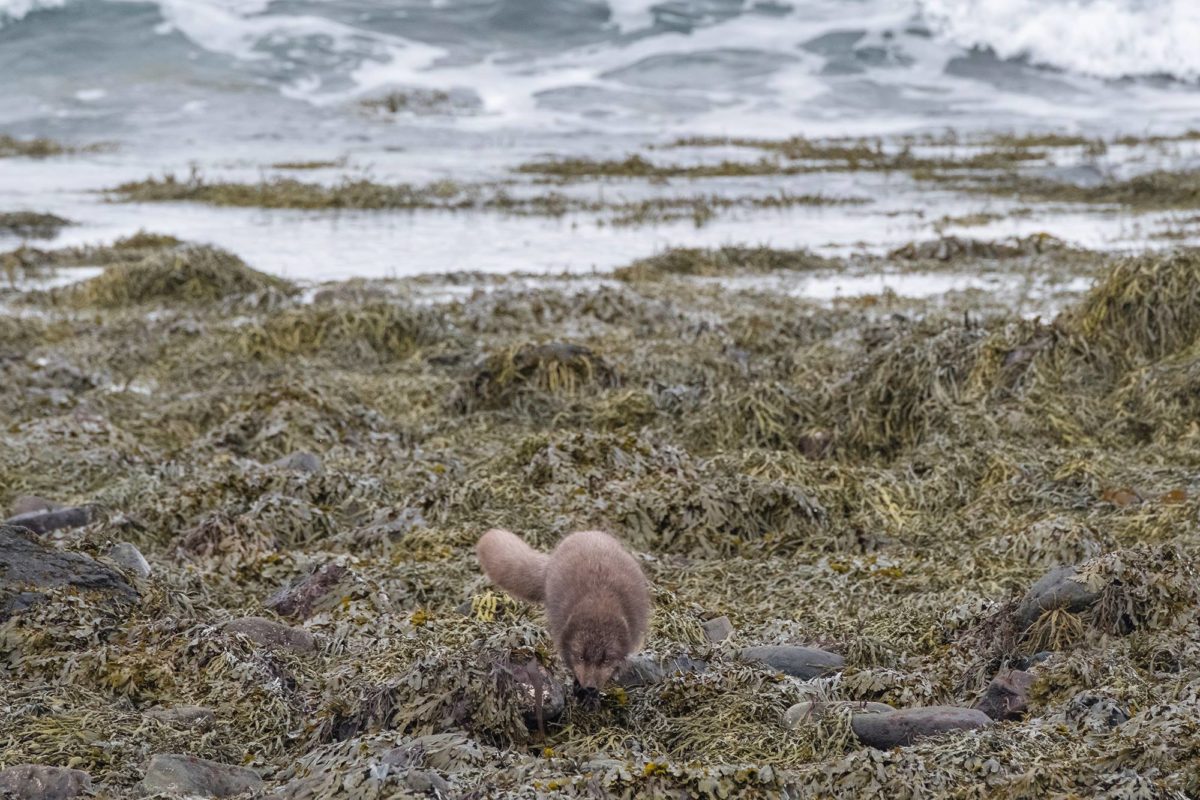 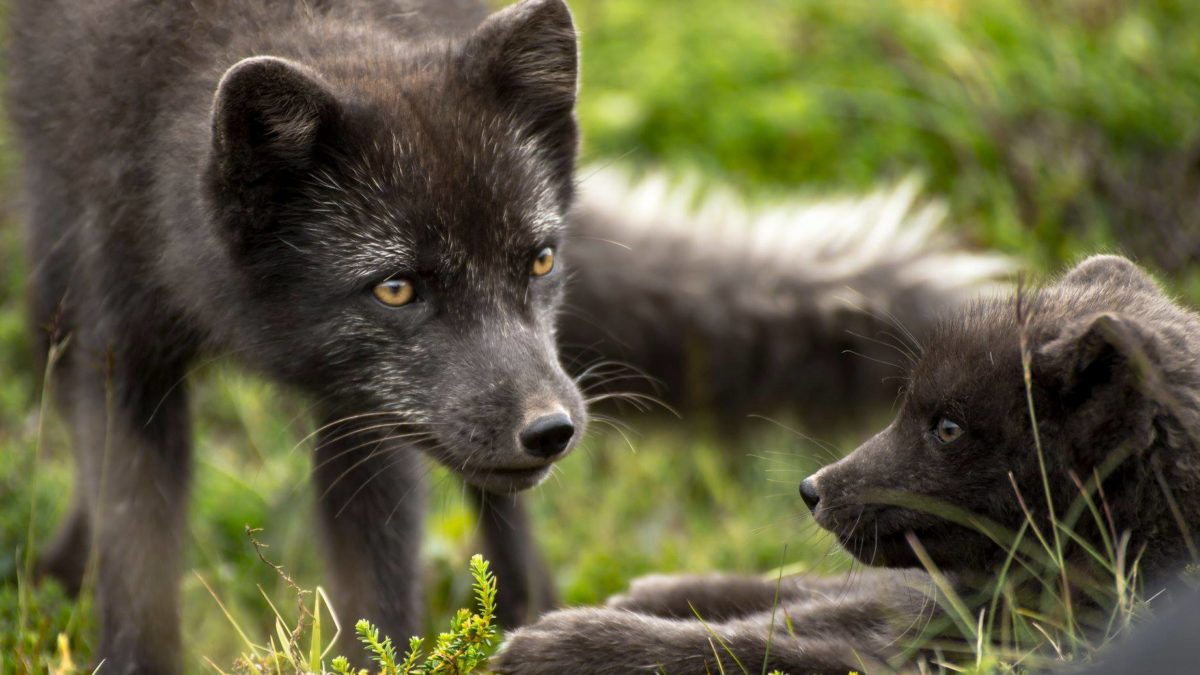 Couples are established for life except in the event of the death of one of the partners. The female may, however, take the liberty of mating with another fox during the mating season to maximize success.
Fox territories are generally exclusive to other pairs unless the food is very abundant. There is usually one burrow per territory and it is used almost exclusively during the breeding season.
The burrow is fiercely defended and it is a period high in quarrels.

You can see the arctic foxes alive at the arctic fox center or joining one of our excursions.
It’s very difficult to meet a wild fox. They are very shy and hunted so it’s generally very stealthy.
There are some laws about the approach of the foxes at the denning season and you will find a guideline for a responsible foxwatching following this link. 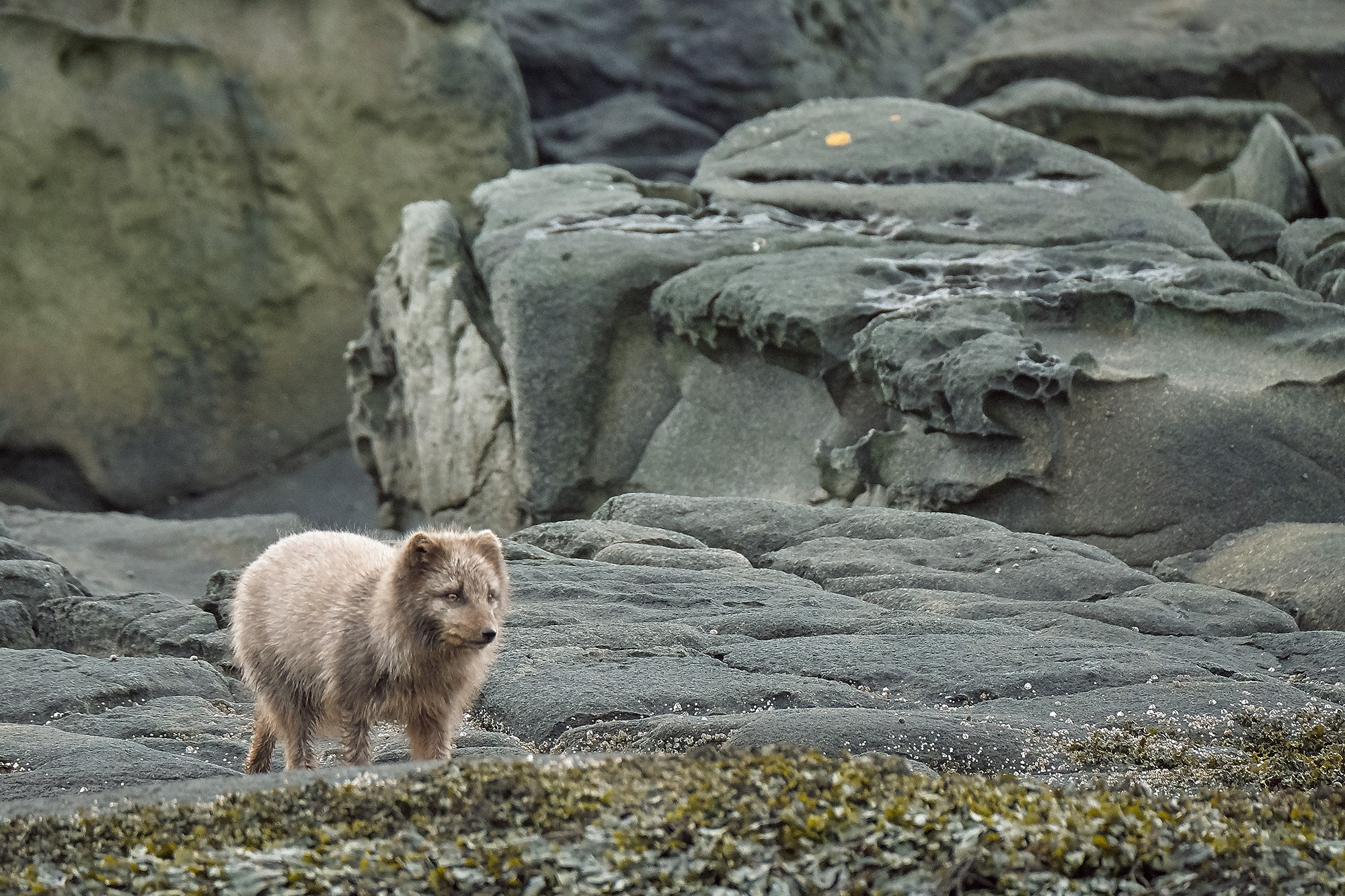 Daily inspection of the territory 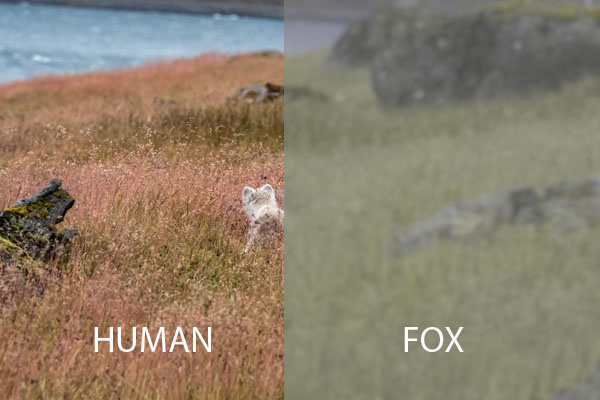 The Arctic Fox vision is achromatic that is said that the red color become a kind of green and very bad. He has a good sensibility at low light. We have developped a tool to simulate the arctic fox vision, you can find it here.